9: hell to those who don’t follow the supreme rule!

Ren: 9, you have any photos? *slowly draws knife*

9: ren is threathening me for moar chapters 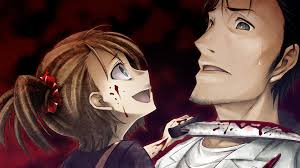 Goblin Reincarnation Chronicles ~ I the hero, loses to an elf loli in status~

author notes: this is the second post today (9: i got bored so i translated this part too)

After than incident, a year and a half has passed.

I had become 2 years old; my size is about the same as an adult goblin, but that’s still about the same size as an upper grade elementary school student………

However, because I continued to hunt monsters with the adventurers equipment and continue to eat magic stone, my growth rate isn’t stopping yet, I think. The heck–it has shown a big influence on my body. The hooked nose became shorter, and my originally wrinkled face got smoother, closer to that of a human. Originally, my stomach had an oval figure like it might give birth to a kid. Now, it has tightened and become a slim body……it’s a very big change. If you exclude the bald head with 2 short horns and the corpse colored skin, then you might see a human boy of about 10 years of age.

From what the elder told me, it seems that a superior goblin’s appearance is closer to that of a human, but you need to slaughter about 100 humans, and then you can become close to a goblin leader. He spoke as if I was just beginning a mutation.
……….but if the elder say ‘this’, he might shit his loincloth. (Originally: his back might crack)

Actually, below my loincloth, a meter-long tail grew out. It might have been inherited from my mother, but at the beginning, there seemed to some kind of protuberance, and so, I used the mutation factor from the magic stones to grow it out. The shape of the tail was like that of a slender lizard tail.

At first, the idea was to use it to balance when I ran on four limbs. Even though now I am using a hatchet and bow & arrows, you can say that my battle technique started from running on four limbs and using claws. Soon, I think I will be able to expand and contract the tail freely to the point that I can fight in direct combat. (Ren: so he can fight with his claws again?)(9y:eah)

Also, while it looks like the skin color is impossible to change, I want to grow some hair on my head. Then I’ll go to town and with a loli girl.……………………………………………………. (IcedTea: so we know he’s a loli fan…….)(Ren: a fellow brother in the loli religion) ………….no, no, no, if I can throw away my cherry status, then I don’t mind throwing it away at a brothel rather than to female goblins……..changing my motives a bit………I’m sure my fellow gentlemen will forgive me.  Fuahahaha, isn’t this what you call expanding your dreams? (IcedTea: Sure….I don’t even know what that means…….)
――――――Thinking about what would happen next, if growth is only through mutation, I wonder how much I can dream for? Since I grew out a tail, I won’t be able to enter a brothel, if it’s like that, in the first place. *sigh* (Ren: why not? As long as you pay you should be able to enter with these world settings).
Noticing various flaws made me feel really down. orz.
So today, I spent the day crying, soaking the ground wet, making a fool out of myself.

Recently, villagers have been randomly and extravagantly praising me. Right now, the hut I am lying in was donated for my own personal use.
Somehow in the village, there are rumors floating around that I am a legendary goblin general.

A troublesome rumor that is.

This body and ability–I acquired it all myself. I don’t want to be categorized with those born elites. I have no interest in leading something like a thousand goblins at all. I don’t have any plans to become the boss of these guys.

However, that mental state of mine is ignored, and the situation just keeps moving on. As things are advancing right now, I am kicking female goblins that invade my crib. (Ren: I’m not going to edit the flaw here because I like how this sounds. More S&M pls)

No matter how much I kick them out, they are like cockroaches that just keep jumping out. There are too many opening into this hut you bastards!!! What type of zombie movie is this!!!!
No, these guys are scarier than zombies–seriously! While I am sleeping, those b*tches (not the curse word, but in the meaning of a “female dog/breeder animal) keep trying to steal my virginity. If it came to it, I would kill myself with no hesitations. I will absolutely do it. (Ren: I feel like the females are about to be in pleasure from the beatings…)

Aa, I will seriously beat them up!
I hate my feminist gentleman side that I inherited from my previous life. Damn it!!!

Tonight too, it looks like I will be lacking sleep again. And just when I was about to breathe out my grief.

「Nn, an emergency assembly, you say?」

This feeling….looks like there is nothing dangerous happening. It might just be that the hunting group brought back big game from the neighboring forest and just arrived with it.
I don’t really have any interest in it, but I don’t want face another female goblin, so I carried my feet towards the center of the village.

In the middle of the village a gigantic bonfire was burning, lighting up the dark night.  Because it’s right before sleeping time, about a hundred goblin villagers were gathered up.

The elder shouted as if praising the five returning goblins, who were waving their arms to everyone. And then, before the gigantic bonfire, when they revealed their spoils, I couldn’t believe what I saw.

With both her arms and legs tied up, her whole body was shaking while she stared out with frightened eyes. On top was a leather tunic, on the bottom was short pants. If you compared to humans, then it’s about the size of a 7-8 year old. Her legs which are closed together has skin so white, it glittered.  Her blond hair reflected in the tender light and her eyes shone like emeralds. Her appearance was more lovely than any loli I have ever seen before. And then, when I saw her long pointed ears, the fleeting glamour of a certain race, my eyes light ablaze.

My heartbeat throbbed wildly. It was a sensation completely different to that while I absorbed magic. It was something I would like to see once in my lifetime and die smiling while boasting about seeing it. That existence was right before my eyes.

The gentleman inside my brain won’t stop screaming.
This is bad….I can’t control my manhood down in the nether region! Right now, if I took one more step, it would pop out of my loincloth.

I clutched at my heart which was beating wildly, frantically trying to stop its rage. Before an elf, I must not show any unsightly foolishness. I must approach like a gentleman.

I kept repeating the supreme rule.

Stopping my foolish impetus, I was finally able to calm down. And then, I gradually began to mitic the strange atmosphere in the surrounding area.   Those scum! Their eyes are bloodshot with lust! (9: the scums is supposedly be males, i just put a bit of grudge in the translation. hell to those who don’t follow the supreme rule!)
The place is blanketed with the stench of lust. (9: i kinda censored a bit here)
Among them, the scum in the hunting group had gathered around the elf loli, and put their arms on her little knee. (9: hell to those who don’t follow the supreme rule!) (IcedTea: Divine Retribution is coming!!!!)

My eyes burned with a sea of anger. My heart blazed in a supreme state of rage. (Hell to those who don’t follow the supreme rule!!!)

『You bastards! Don’t you dare touch my loli-samaaaaa!!』(IcedTea: The call of the righteous.)

In goblin language, the words sounded like this: 「gegyogagyo」. It was a completely un-cool exclamation, but it was accompanied with my simultaneous release of magic essence towards the goblins. They began to froth at the mouth and ran away.

With such an obviously tiny body, loli-sama can’t even give birth to children. As an elf with their characteristic slow growth, they can’t raise her to breed until she grows out. But, you can’t say she doesn’t have any worth. Those goblin bastards will stain the high class, elf race—they probably plan to exhaust themselves with her to remove their own inferiority complex. Most likely, all the scum will do her—I’m sure they will sink into lust and have her live on the verge of death.

Once again, they have confirmed that they are the lowest of the low.

As I marched forward, the frightened elder came and finally brought out his words.

『Rusty, why are you stopping them? It’s their spoils, you know.』

『This loli-sama is my god. Sorry about stealing their spoils, but didn’t I rescue the village from humans before? So make do with that.』

『Hmph! Who’s that? It might change if the Demonlord is a loli, but to someone like me, there is no existence surpassing that of the great elf loli……..*mutters* though it’s hard to set aside the legal lolis……..』

『What in the world are you saying? I don’t understand even a bit of it?』 (IcedTea: Uncultured little bastard……)(Ren: I second this judgment. Loli or death)

Fuu, as expected from goblin brains. So this noble ideology can’t be taught to them…..how pitiful….

This is the end of the negotiations…..and when I moved forward again, the elder reluctantly stepped back.

However, in exchange, the 5 scum from the hunting group blocked by way with their weapons. (Ren: scum deserves no loli ~_~)

The 5 goblins, with their rusty swords, club, and spear, attacked me.

I drew out my hatchet and leaving everything to my status, speed, and strength, I slashed all of their necks. Though, I don’t really know how it all works status-wise.

Five corpses suddenly appeared. The village was wrapped in silence and fear. I put loli-sama on my shoulder and then walked straight toward the outside of the village.  The goblins part like a wave in front of me, moving left and right. (9: like moses)

(9: it seems cool but imagine it in gob language “gya….gegyogagyogaya”) (IcedTea: He leaves like the MC in a motherf**king cowboy movie.)

Disregarding the elder’s jeers, I smiled and replied with my awesome parting words. (Ren: loli hen-, i mean ecc-, i mean….. dammit)